Updates on Mondays and Fridays (and sometimes on other days)

Have a question, suggestion, or general comment? Email the editors at: relamwest at gmail dot com.

Book of the Month

In Cascadia: The Elusive Utopia: Exploring the Spirit of the Pacific Northwest (Vancouver, BC: Ronsdale Press, 2008), editor Douglas Todd and the volume’s contributors seek to pin down the secular spirituality which they claim pervades the region.  Bringing together a diverse group of writers—including historians, sociologists, theologians, and poets—Todd, a Canadian journalist who covers spirituality and ethics for the Vancouver Sun, insists that while Cascadia has some of the continent’s lowest religious affiliation rates, it remains very spiritual.  Todd defines spirituality broadly to mean “the way that humans create for themselves ultimate meaning, values, and purpose,” and he brings a flexible attitude even regarding committed secularists: “we assume that atheists, who live in record numbers in Cascadia, can and are making profound contributions to this region’s particular sense of spirituality and place” (4).  For nearly every contributor, Cascadian spirituality is characterized by sacred reverence for nature and utopian idealism.  While some authors worry whether Cascadian spirituality is too individualistic and too forward-thinking to sustain a robust social and moral community, Todd claims that Cascadia can serve as a “model for measured progressive transformation, especially regarding how people of the planet interact with nature” (11).

For the purposes of this book, Todd limits Cascadia to Oregon, Washington, and British Columbia, which he claims share a bioregional and cultural cohesiveness.  (Ernest Callenbach’s prescient novel Ecotopia charts a similar boundary, although it includes northern California.)  Prominent themes and similarities include connectedness to nature, sense of place, anti-institutionalism, individualism, idealism, liberalism, experimentalism, openness to contrasts, and a shared history as the last frontier.  In a more critical mood, several authors, from both American and Canadian perspectives, note that Cascadian spirituality can have a dark side too, leading to self-absorption, lack of roots and collective memory, imperialism, faddishness, and rural-urban bifurcation. 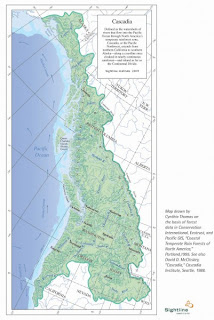 In the next few paragraphs, I will highlight some of the diverse approaches and conclusions presented by the book’s contributors.

Patricia O’Connell Killen—echoing arguments she made in an earlier volume, which was reviewed previously on this blog—contends that the region’s lack of an established religion, low rate of affiliation with religious institutions, and imposing natural environment all shape its spiritual sensibilities.  Since the region had no established political order until the mid-nineteenth century and has never had a dominant religion, she argues, residents have had to actively construct their religious or spiritual identity, if any.  Moreover, due to high physical mobility rates, many residents experience loosening social ties.  The resulting individualism and anti-establishment mentality also indicate a liberal and libertarian moral worldview for the region, she claims.

Sociologist Mark Shibley states that Cascadian spirituality reveres both self and nature in a “secular but spiritual” matrix.  He locates three prominent strands of this spirituality in apocalyptic millennialism, nature religion, and New Age and new spirituality.  “None of these spiritual practices is unique to Cascadia, but in the absence of a dominant religion, they define regional culture and identity more substantially than they do elsewhere,” he asserts (35).

Andrew Grenville, a market researcher based in Toronto, observes that Cascadians exhibit privatized belief, skepticism, social liberalism, weak affiliation with institutions, and a DIY attitude—summing up their ethos as “live and let live” (59).  In this open religious environment, fluid spiritual identities flourish.

Mike Carr, a regional planning professor, outlines the contours of the Cascadian bioregion before presenting his understanding of Cascadia’s “bioregional Earth-centered spirituality,” giving examples (particularly from native peoples) and arguing that this spiritual worldview can serve as a counterweight to the globalization and rapacious capitalism which threaten natural habitats (129).  Mark Wexler, a business ethics professor, examines Cascadian workplace spirituality and notices the tensions between Pacific Northwest environmentalism and utopianism, a paradox perhaps best illustrated by his image of organic farms with Wi-Fi connections. 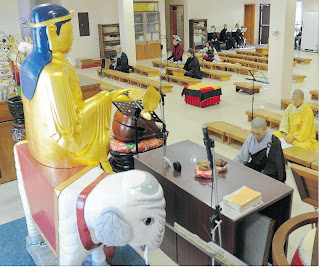 As these examples show, Cascadia: The Elusive Utopia articulates a shared cultural identity between Oregon, Washington, and British Columbia, and an anti-institutional, DIY spirituality that suffuses the region.  Nevertheless, critical omissions and challenges remain.  The work is largely representative of white, middle-class, urban, liberal perspectives.  It ignores the perspectives of Asians, Latinos, and conservative evangelicals, despite their significant presence in the Cascadian population.  Moreover, since much of this “elusive” spirituality takes its cues from indigenous and Asian traditions, this volume fails to analyze sufficiently issues of cultural appropriation or to give voice to members of those communities. 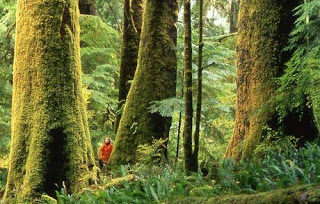 Aside from these omissions, I wonder how unique Cascadia’s landscape and spirituality are.  All of the volume’s authors agree that the “spirituality of place” that pervades the region is based upon its natural beauty and spectacular wilderness, and several claim that environmentalism is the region’s civil religion.  However, these authors do not explain why the landscape in Cascadia is more inspirational than in other regions, a project which would require a more comparative perspective that is missing from this volume.  The Great Basin region, for example, has produced several notable authors who describe its sacred geography, as have the Rocky Mountains.  Is the rugged landscape of the Pacific Northwest any more beautiful, imposing, or regionally-defining?  And now that New Hampshire and Vermont have eclipsed Oregon and Washington as the least religious states, what remains about Cascadia that is so unique from other regions?  In other words, how would the authors explain a Cascadia which is no longer as singular as they have described it?

Posted by Religion in the American West at 9:00 AM